The Jersey Cork Will Wear Against Kilkenny On Saturday

The Cork hurlers won't be in their familiar red shirts on Saturday night.

And they'll be playing in blue. 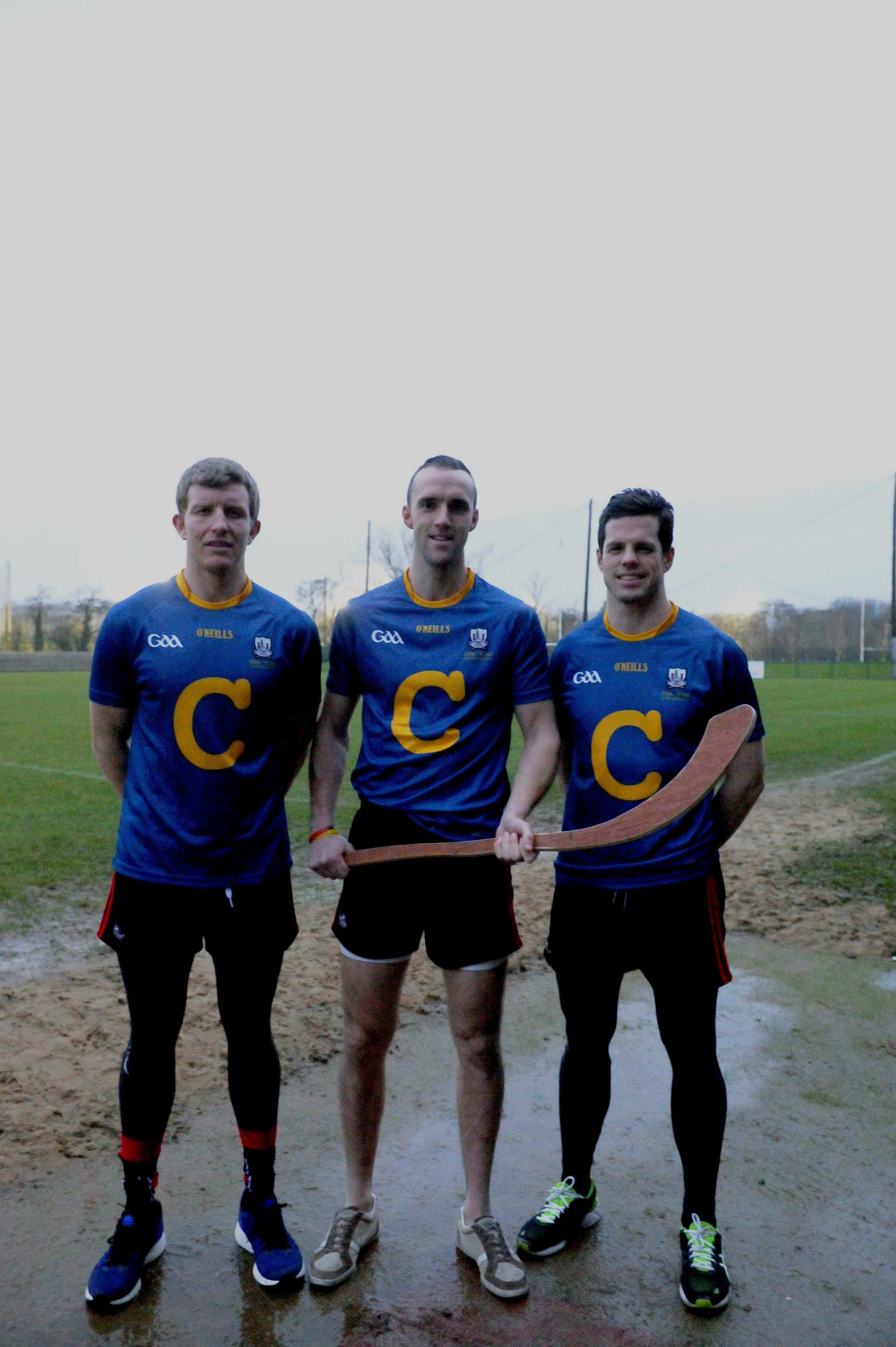 It's a one off event to mark the Centenary of the 1916 Easter Rising.

The press release from the Cork County Board says:

On Saturday night next March 12th, the Cork Senior Hurling team will wear a special jersey designed in the style and colour worn by Cork teams of 1916. Chill Insurance in association with Cork county board and proud sponsors of Cork GAA are delighted to be involved in this unique initiative. This will be a one-off event to mark the Centenary of 1916 Easter Rising.

The colour and style of jersey Cork wore in 1916 was very different to the Red and White that has become synonymous with Cork teams since the 1920s.
In 1913 the GAA Congress decided that each county must register a jersey style and colour for their county teams. Prior to this colours varied from year to year, often because inter county teams chose to wear the colours of their County Champions. JJ Walsh, then President of the Cork County Board (the Chairman’s position did not exist) chose the blue jersey with a large saffron letter ‘C’ across the chest.

JJ Walsh, then President of the Cork County Board (the Chairman’s position did not exist) chose the blue jersey with a large saffron letter ‘C’ across the chest. It is believed that Walsh saw these colours on the officers of the Belgian Army when the Cork Hurling team played Tipperary in Mechlin, Belgium in an exhibition Hurling game as part of the 1912 Celtic Congress in Belgium.  Cork teams subsequently wore this jersey until 1919. 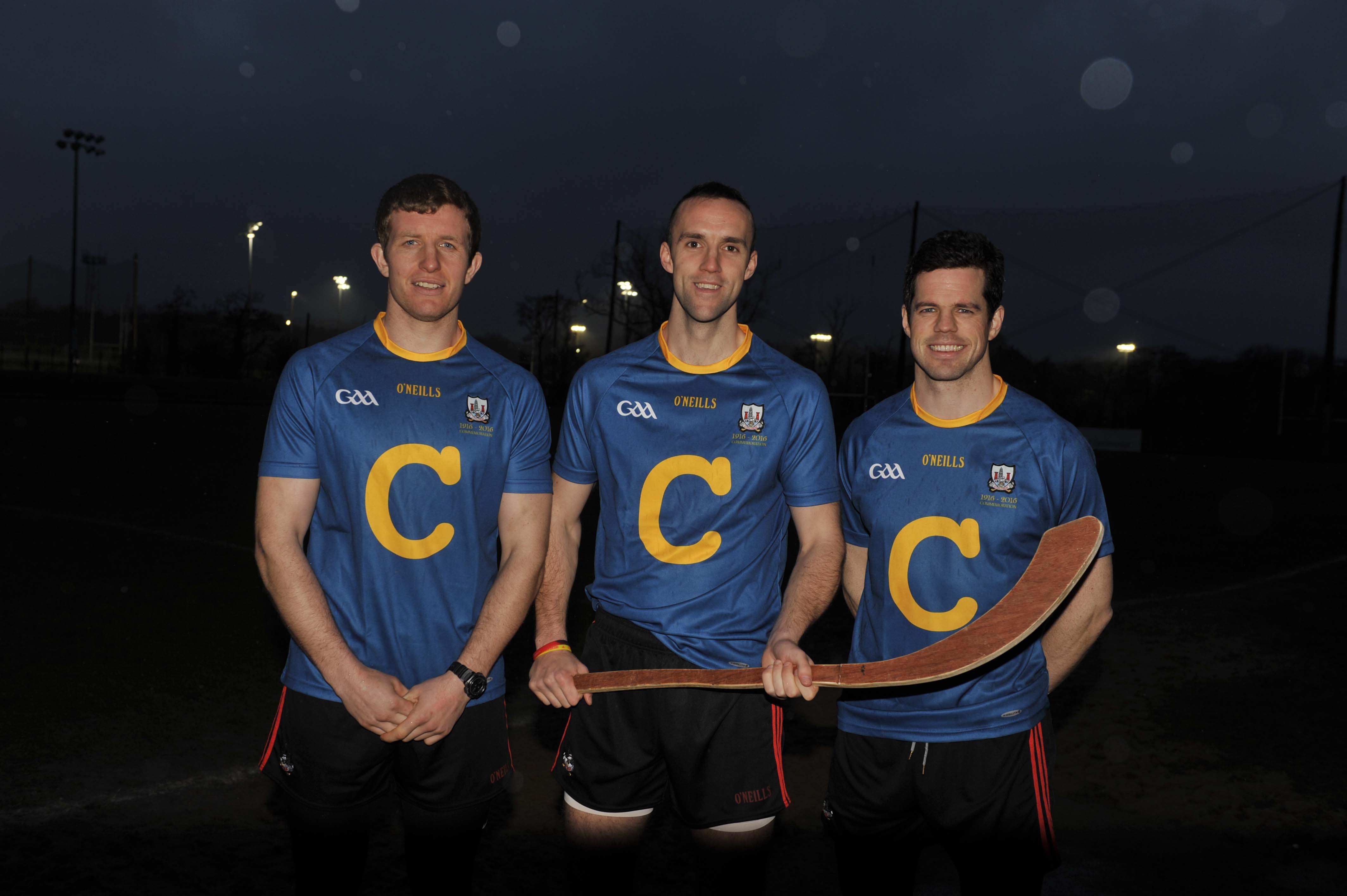 Early that year, the British Army raided the County Board offices in Cook St, Cork and the jerseys were among the items taken. With no jerseys, and a Munster Championship game against Tipperary in the offing, the County Board had to act fast. Fortunately, the Fr O’Leary Total Abstinence Hall Hurling Club had disbanded to join with St Finbarrs about that time. Sean McCarthy and Tom Irwin both officers of the County Board, asked to borrow the old Crimson and White old set of jerseys from Fr O’Leary’s T.A. Hall.

There were only 15 jerseys available and Cork supplemented the set by purchasing white pullovers for the substitutes. Cork defeated Tipperary and wore the crimson jersey for the remainder of season and went on to defeat Dublin in the All-Ireland final. This was Cork’s first success in 16 years the crimson jerseys were looked upon as lucky omen. Cork sought permission to retain the jersey for all its County Teams. This was granted on the basis that the colour was lightened to the red of today in order to avoid a clash with the maroon of Galway. Cork wore the new red and white jersey for the first time in the All-Ireland final of 1920 (played in May 1922), that final was lost to Dublin.

The confiscated original set of blue and saffron jerseys was never returned to
the County Board and no original jersey remains. The jersey to be worn next Saturday is based on old photographs and in particular the research in the books of Tim Horgan “Cork’s Hurling Story” and Jim Cronin “Making Connections – A Cork G.A.A. Miscellany”. It has been designed in conjunction with O’Neills and will be on sale in sports shops by the end of the week.