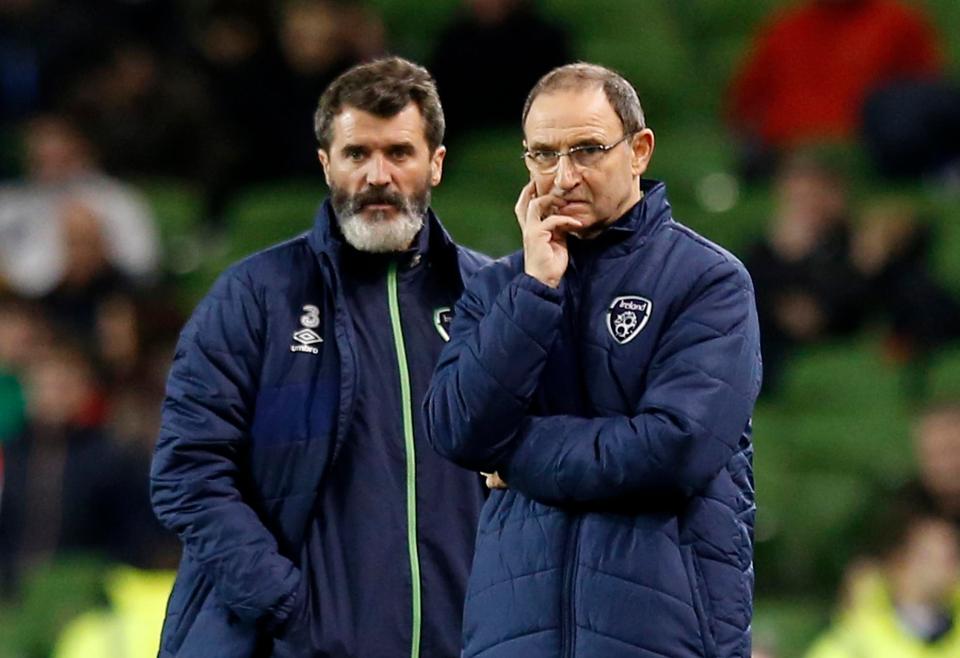 Martin O'Neill is no longer the manager of Ireland.

The FAI have confirmed that the Derryman, along with his assistant manager Roy Keane and coaches Seamus McDonagh and Steve Guppy have parted company with the FAI.

O'Neill was appointed five years ago and was in charge of the Boys in Green for 55 games, leading Ireland to Euro 2016 in France.

However the past year has seen Ireland win just once in nine games, scoring just four goals and being held scoreless for the past four consecutive games, the most recent being Monday night's draw with Denmark in the Nations League.

The FAI say they will now meet to discuss the process of recruiting a new manager.

The FAI's statement in full -

The Board of the Football Association of Ireland have mutually agreed with Martin O’Neill to part company.

O’Neill, who was first appointed to the position on November 5, 2013, most recently led the Republic of Ireland team to a draw away to Denmark in the final game of the new UEFA Nations League.

O’Neill oversaw 55 games for Ireland during a five-year period and enjoyed unforgettable wins over World Champions Germany, Bosnia & Herzegovina, Italy, Austria and Wales. He ran the best EUROs campaign in Ireland's history and followed that by making it out of a tough group to reach the play-offs for the 2018 FIFA World Cup.

He used 65 players in that time, giving 28 of them their first senior caps.

FAI President Donal Conway said: “On behalf of the FAI Board, I would like to thank Martin, Roy, and the management team for their work with the Republic of Ireland team over the last five years.

“Martin ensured that we enjoyed some great nights in the Aviva Stadium and on the road in Lille, Vienna, and Cardiff, which were fantastic high points for Irish football.”

FAI Chief Executive John Delaney paid tribute to O’Neill by saying: “I would like to thank Martin, Roy, and the management team for the impact that they had with the Ireland team. There have been many highlights during Martin’s reign – none more so than EURO 2016 in France, which will live long in the memory of all Irish supporters.

“Martin did a great job guiding the team out of a difficult qualifying group – where we beat World Champions Germany along the way – to reach EURO 2016 and advance to the Last-16 following a historic victory over Italy in Lille.

“I wish Martin, and the management team, the very best for the future.”

The FAI Board will meet promptly to discuss the process of recruiting a new manager.