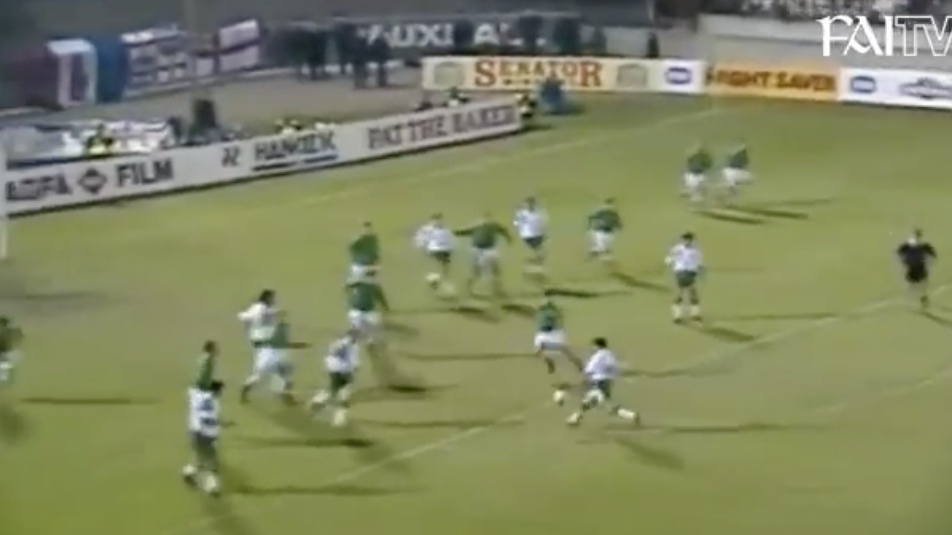 The President Michael D Higgins has led the tributes to Alan McLoughlin, who has died at the age of 54.

He was first diagnosed with cancer in 2012, with his condition worsening in the past year.

The former Swindon and Portsmouth midfielder made his Republic of Ireland debut at the 1990 World Cup in Italy, and was international player of the year in ‘96.

It was his goal against Northern Ireland in Belfast that secured Ireland’s place at USA ‘94.

The goal that sent Ireland to the 1994 World Cup.

“Supporters of Irish soccer, and in particular those who will have followed the team during the Charlton and McCarthy eras, will have been greatly saddened by the news of the death of former Republic of Ireland international Alan McLoughlin", said President Higgins in a statement.

"His passing at such an early age comes after a long battle with cancer.

"Sabina and I send our deepest sympathies to his family and friends, and to all those who knew him as a player for both club and country.”

In March 1990, the Ireland Bs took on the England Bs at Turners Cross.

Alan McLoughlin was called into the England squad AND the Ireland squad.

And he scored this goal for Ireland, as Ireland won 4-1. ☘️ pic.twitter.com/1nZEQFAlCs