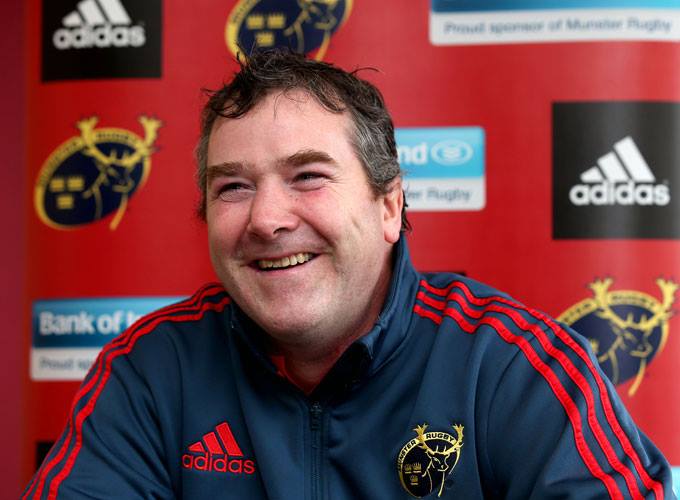 Munster coach Anthony Foley has passed away suddenly at the team hotel in the French capital.

The 42 year old played 62 times for Ireland and captained the Munster team that won the Heineken Cup in 2006.

In a statement, the IRFU said

It is with deep regret that the Irish Rugby Football Union and Munster Rugby must advise of the passing overnight of Munster head coach Anthony Foley, at the team hotel in Paris.

Munster Rugby management are liaising directly with Anthony Foley's family and will provide them with any assistance and support required.

The IRFU and Munster Rugby pass on our deepest sympathies to all of Anthony's family and friends and ask for privacy for the family at this sad time.

As a mark of respect to Anthony and his family and and to support players, management and staff, Muster Rugby have requested that today's European Champions Cup match against Racing 92 be rescheduled.

Munster Rugby thank Racing 92, EPCR, broadcasters and partners, and the many fans who travelled to Paris for their understanding and support at this time.

He is survived by his wife Olive and their three children.

It is with great sadness that we bid farewell to our coach, former captain, colleague and friend today, rest in peace Anthony Foley.