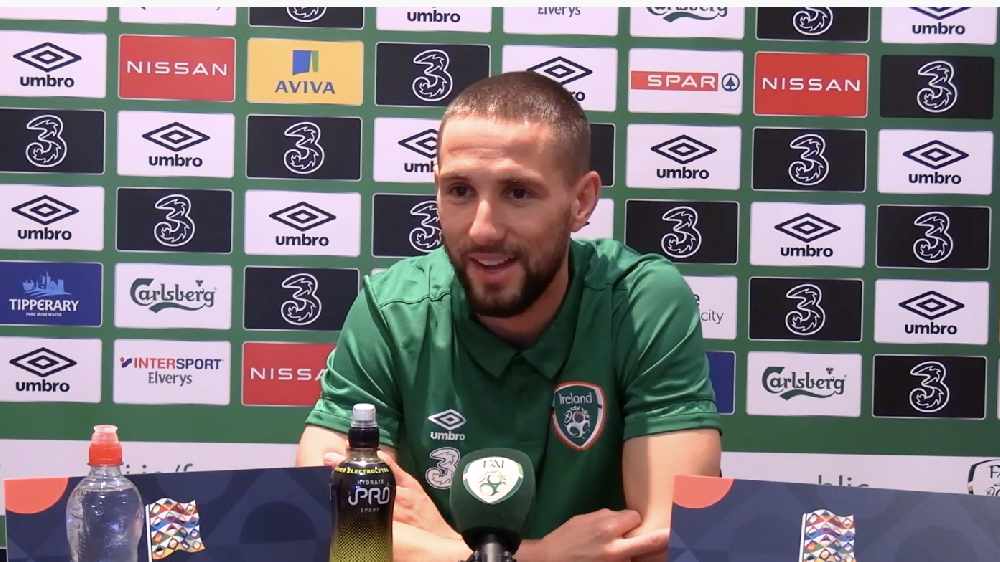 Republic of Ireland midfielder Conor Hourihane is hoping they can put their poor run of form behind them tonight.

The Boys in Green face Bulgaria in their Nations League clash at the Aviva Stadium, going into the game without a win in 7 previous games under new boss Stephen Kenny.

Kenny is without 13 players tonight due to Coronavirus withdrawals, injuries and suspensions.

Bandon native Hourihane says it's been a tough time as they deal with the Covid situation, and he's hoping a result tonight will help improve morale in the camp.

"You have to knuckle down and battle on and hopefully things will change. Obviously things seem to be against us at the minute, but we have to come out fighting on Wednesday night and get that result we're all craving.

"Then hopefully come March time we might be back into some bit of normality with the Covid situation, please god.

"It's important on Wednesday night to get a result and take a break from it all, it hasn't been easy these last three trips I have to admit that, and hopefully come March we'll be ready to go again."

The Ireland squad for tonight's game has a significantly different look to it from the one first announced by Kenny, and Hourihane says it's not easy when there's a high turnover of personnel.

"There's a little bit of strangeness to it, the change in personnel since we first met up has been massive.

"Lads who are coming into the camp, you don't really see them for 24 hours, you hear that they're in but they're isolating until they get their test results. It's a strange situation, a strange time.

"We've been hit badly by it, there's no doubt about that, and it's been tough to take. I think probably the only full team we've had really is the game against Slovakia, which was one of our better performances, and we were very unlucky not to qualify for the final of that play off.

"We've been hit hard with it over the last three trips, it hasn't been easy, changing of personnel all the time isn't easy.

"Hopefully on Wednesday, I know it's a change in personnel again, we can get a positive result. And come March then hopefully we'll be back to a little bit of normality - fingers crossed, and we can kick on from there."

The lack of goals under Stephen Kenny has been a big issue, and going into tonight's game Ireland haven't scored since the 1-1 draw with tonight's opponents Bulgaria back in September. Hourihane is hoping they can put that right at the Aviva this evening.

"We need to score a few goals, that's for sure. We need to be more advanced in our play and forward thinking in our play.

"We've created chances, there's no doubt about that. We've just been unfortunate not to take a couple. I was guilty of one myself against Slovakia when I should have scored and that would have gotten the ball rolling.

"Listen, hopefully things will change for us. Hopefully it will be Wednesday night, hopefully we'll score a few goals and as I keep saying - get that result we're all hoping for."

Kick off at the Aviva Stadium this evening is at 7.45