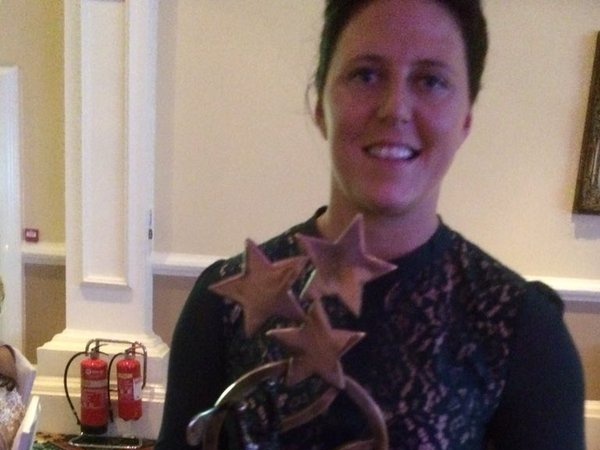 All Ireland Champions Cork claimed seven All Star Awards at tonight's Gala function at the Citywest, and also picked up the Players Player of the Year, and Manager of the Year Awards.

St Finbarr's Gemma O'Connor was a big winner tonight, first picking up the inaugural Players Player of the Year Award, before collecting a remarkable 9th All Star Award for her performances at centre back for The Rebels.

All Ireland Finalists Cork and Galway each get 7 awards, while one is Wexford bound.

Cloughduv's Aoife Murray now retires as a current All Star, claiming the goalkeeping honour, while Pamela Mackey picked up an All Star at corner back alongside Galway duo Sarah Dervan and Heather Cooney.

Dual star Rena Buckey is honoured again at wing back, while Galway's Lorraine Ryan was named at left wing back.

All Ireland Final Player of the match Orla Cotter picks up the award at wing forward, while Galways Niamh McGrath, & Wexford's Kate Kelly complete the line.

Briege Corkery completes the Cork haul with her All Star at corner forward, with Galways Molly Dunne and Ailish O'Reilly completing the fifteen.

After guiding Cork to back to back All Ireland success, Paudie Murray has been named Manager of the Year.