Cork Team To Play Dublin in All Ireland Qualifier 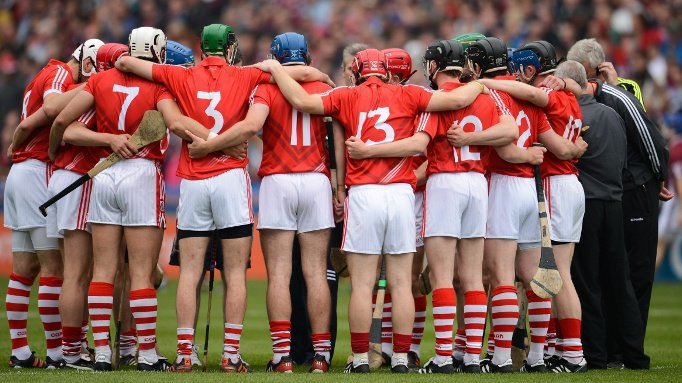 Kieran Kingston has named his starting fifteen for tomorrow's All Ireland Hurling Championship qualifier against Dublin.

There are four changes in personnel and a number of positional switches to the side that started against Tipperary in their Munster Championship quarter final defeat back in May.

Killian Burke replaces Conor O'Sullivan at corner back, Aidan Walsh partners Bill Cooper in midfield with Daniel Kearney dropping to the bench and William Egan dropping back to the half back line Lorcan McLoughlin misses out.

John Cronin get his first senior start having come off the subs bench against Tipperary, he is named at centre half forward flanked by Seamus Harnedy and Conor Lehane, while Luke O'Farrell comes in at corner forward ahead of Brian Lawton.

Captain Stephen McDonnell is named on the bench as he returns from injury, while the subs list also includes three of the players involved in the Under 21's defeat to Limerick on Tuesday night in Darragh Fitzgibbon, Mark Coleman and Shane Kingston.

The team has been named as follows;

Dublin Manager Ger Cunningham makes three changes to the side that started their Leinster Championship defeat to Kilkenny.

Gary Maguire returns in goal ahead of Conor Dooley, while Paul Ryan and Mark Schutte come into the forwards with Darragh O'Connell and Dotsy O'Callaghan the players to make way.

The Dublin team in full is as follows;

The Big Red Bench will broadcast LIVE from The Big Red Bus outside Pairc Ui Rinn from 6pm on Saturday evening ahead of the game, Ruairi and Lisa will be joined by Former All Ireland winner with Cork, and 2015 Selector Seanie McGrath among others to preview the game, and we reflect on a disappointing week so far for Cork sides.