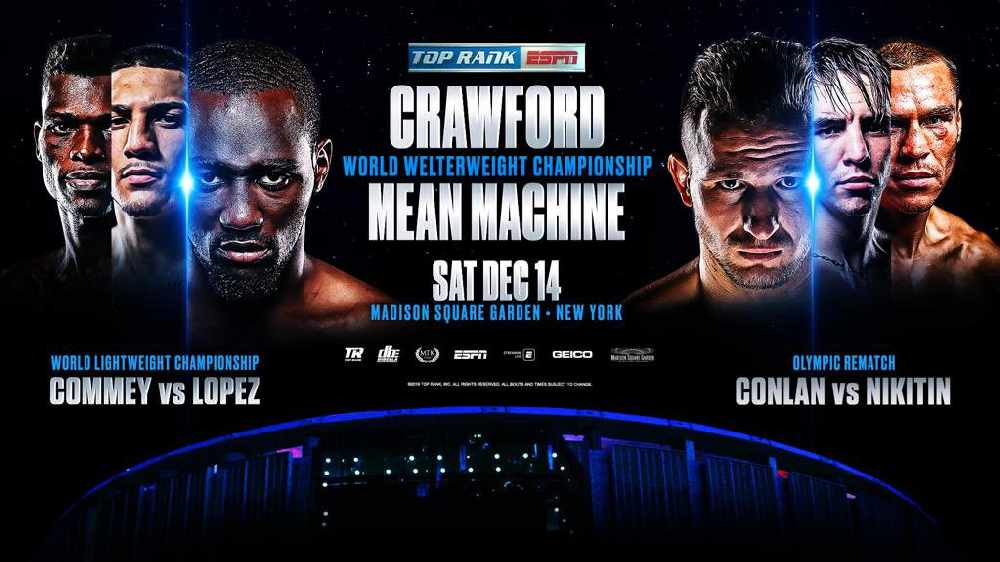 Michael Conlan is to come face to face with Vladimir Nikitin again.

The Russian fighter was controversially awarded the decision when they faced at the Rio Olympics.

"Finally it’s time to put this fight to bed", said Conlan on Twitter.

"I’m delighted to announce the rematch between myself and Vladimir Nikitin is back on and at the Mecca of Boxing, Madison Square Garden.

"I just hope turns up this time."

Conlan was referring to their postponed August bout set for Belfast, when Nikitin withdrew from the contest on late notice citing a torn bicep.

“Michael Conlan has done a lot of talking about me and our Olympic fight over the last few years," Nikitin said.

“He’s bitter over our last fight and can’t accept the result. Well, my hand will be raised once again.”

The Conlan v Nikitin tussle will form part of a triple bill on the Top Rank Card, with Terence Crawford defending his WBO welterweight belt against Egidijus Kavaliauskas, along with the clash of IBF lightweight champion Richard Commey defending his belt against mandatory challenger Teofimo Lopez.

Conlan and Nikitin faced off in Rio in 2016, with the Russian picking up a controversial win in their quarter final, denying Conlan a medal in the process.

Conlan is unbeaten in 12 fights as a professional, 7 of those by way of knockout, and he'll be keen to get the win back against Nikitin who is 3-0 since turning professional in 2018.

You can watch the infamous Rio bout below.