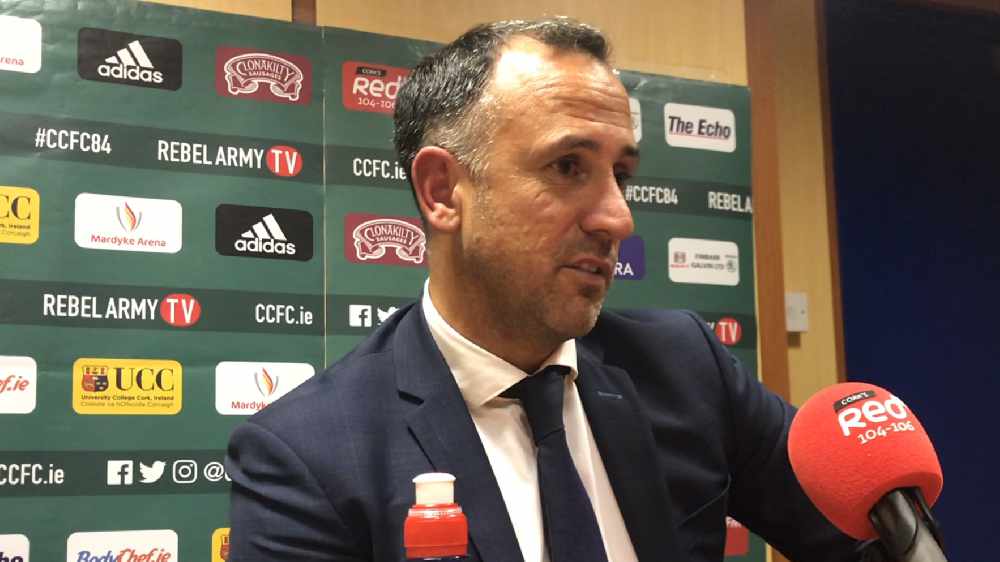 The Rebel Army went down 2-1 to Waterford at Turner's Cross last night in a game they should have won - Daire O'Connor's first half goal had City in the driving seat, but late goals from Maxim Kouogun and Walter Figueira saw the Blues leave the Cross with all three points.

Fenn was angry with how his side defended in last night's post match press conference.

"The defending is shocking. The six goals we've conceded in my two games, it was just shocking defending all over.

"The first goal - six yards out, free header, centre back - that's criminal defending. You're taught that as a young kid - you mark someone in the box, you don't leave anyone free in the box, that's basic stuff.

"The lads are were they are in the league for whatever reason - whether they're not good enough, or low on confidence, I'm not sure. It's been hard for me to assess it, we've probably only had two training sessions since I got here. It's been tough trying to do any sort of shape, it's been difficult with the games coming thick and fast. But you wouldn't even teach basic defending, mark someone in the box, they can't head it - that's basic stuff."

"Of course it does. We need to win matches. We go to Dundalk on Friday, and we've lost two games in a row. We're going to the team that are clear at the top of the league. It's not looking good for us if we keep defending like that.

Tones And I - Dance Monkey