Mourneabbey celebrate back to back All Ireland titles 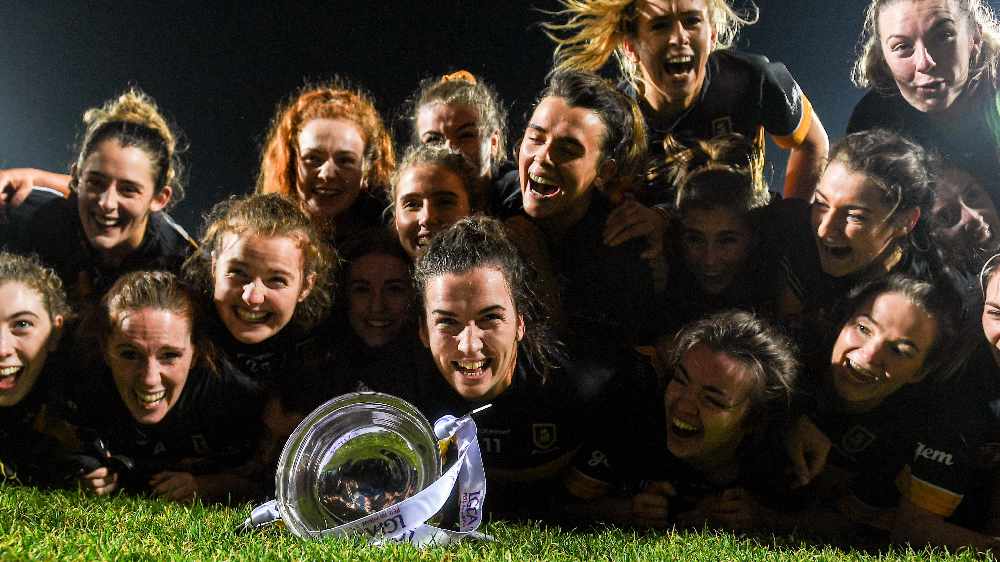 It was the ultimate way to win an All-Ireland Senior Club title, but Mourneabbey manager Shane Ronayne had huge sympathy for Kilkerrin/Clonberne as their brave performance went unrewarded thanks to Laura Fitzgerald’s late heroics at the Gaelic Grounds, writes Ivan Smith.

The Mourneabbey attacker kicked the winning point with 20 seconds remaining after it looked certain that the teams would need another day to decide the winners. Fitzgerald had earlier scored a goal to add to Doireann O’Sullivan’s first-half strike, but led brilliantly by Annette Clarke up front, Kilkerrin/Clonberne kept coming back at the champions.

“We were hanging on for a draw there. We won the ball from the throw ball and we just got one break and got the ball to Laura. It is an unbelievable way to win it but a horrible way to lose it. My heart goes out to Kilkerrin/Clonberne,” said Ronayne.

“We have been there, we know what it’s like to lose a final. They will be hurt for a long time but they can come again.

“My heart does go out to them. I knew they would put I up to us and go toe to toe with us. They are a great club, I have great respect for them and great admiration for what they do.”

Playing in their first All-Ireland Senior Final, Kilkerrin/Clonberne raced out of the traps and deserved to lead by 0-5 to 0-1 after a stunning first 12 minutes. Claire Dunleavy and Chloe Miskell kicked points for Kevin Reidy’s side while Olivia Divilly’s brace put them in control.

During that spell All Star defender Nicola Ward picked up a nasty looking knee injury, and despite having lengthy treatment she played on until the 19th minute. She was handed the job of marking Doireann O’Sullivan, and five minutes before Ward limped off in agony O’Sullivan brought Mourneabbey back into the game with a scrambled goal. It was a key period of the game and a vital score.

The defending champions had a second goal ruled out when Fitzgerald was deemed to be in the square when she palmed to the net, and scores from Eva Noone and Clarke meant Kilkerrin/Clonberne only trailed by 1-6 to 0-8 at the break.

Ailish Morrissey kicked the Connacht side level after the restart, but they then lost Hannah Noone to the sin bin. Clarke nudged them ahead, but with Noelle Healy becoming a growing influence Fitzgerald fired her goal after 45 minutes to give her side a 2-8 to 0-12 lead.
Kilkerrin/Clonberne refused to collapse though and with Louise Ward driving her side from midfield they were soon level again after Chloe Miskell and Clarke pointed. The Galway champions had their chances to push clear, but they couldn’t convert and Fitzgerald inflicted the ultimate punishment with the final shot in anger.

“We’re absolutely devastated to lose it in the manner we did,” said Kilkerrin/Clonberne manager Reidy.

“They are a top class team and you have to admire them as well. They stuck at it right to the death.

“I couldn’t be prouder of our girls and the way they tried for 60 minutes. I am very, very proud now. I am bitterly disappointed but very proud of them.”