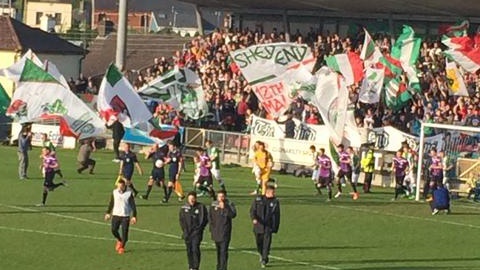 Cork City have confirmed that Graham Cummins and Deshane Dalling have returned to the club.

Cummins spent the start of the season at Waterford, and returns to Turners Cross looking to win a starting place as a central defender.

Dalling meanwhile has extended his loan from QPR for the rest of the season, pending international clearance.

“We are delighted to get Deshane back. In the games he played, he showed what he is about, especially against Finn Harps. We feel there is more of that to come from him, and we thank QPR for agreeing to leave him with us for the remainder of the season.”

“In terms of Graham, I spoke a week or two ago about needing more experience in the group, and he definitely brings that. He knows the league, but he knows the club as well, and he is a strong voice, who will bring some leadership to what is a young back four. Moving back into defence is a switch for him having made his name up front, but we know what he can bring there, and we also know that he can be an asset up front as well if we need him to be."

Cork City return to league action against Bohemians at Turner's Cross on Sunday August 2nd, with kick off at 5pm.