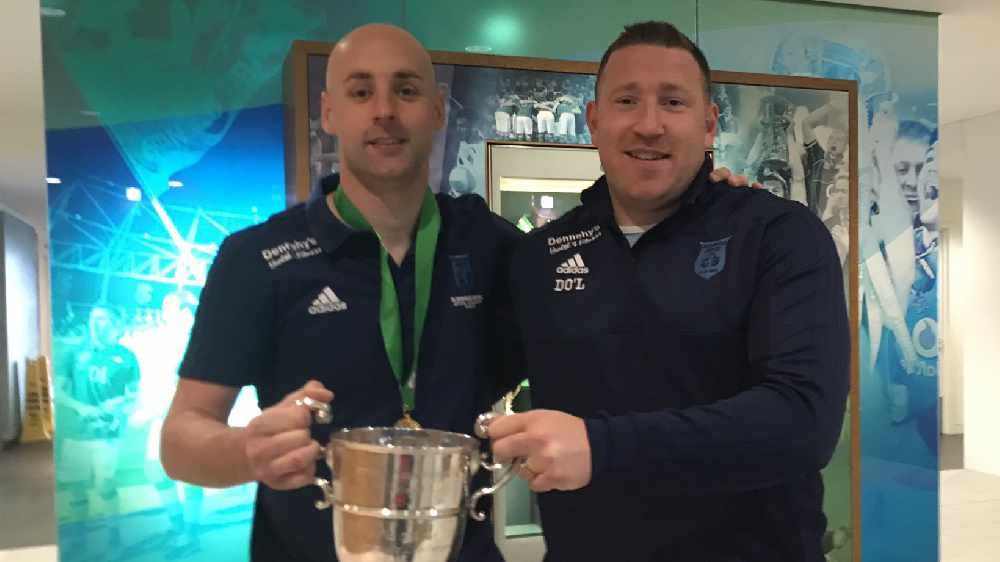 Avondale United won their eighth FAI Intermediate Cup title at the Aviva Stadium on Saturday, with a 1-0 win over Crumlin United.

Ken Bruton's side were big underdogs heading into the decider against a much fancied Crumlin United side. The Dubliners controlled the ball for most of the game, however Avondale coped with the pressure well, with their back three of captain Dave Kiely, the colossal Mark Horgan and the evergreen Eoghan Lougheed calmly clearing their lines time and again.

The game was decided on a moment of magic from Mark O'Sullivan. The FAI Cup winner with Cork City picked the ball up deep in the Crumlin half, held off the challenges of a couple of players, and with the Crumlin defence backing off seemingly inviting O'Sullivan to shoot, "Marky Sull" took them up on their offer, hitting a right footed shot from 25 yards that went into the bottom corner. Watch it below - it's a beauty.

Crumlin again had a lot of the possession in the second half but Avondale held firm. Even the loss of Horgan 11 minutes from time through injury didn't phase the Munster Senior League side, and they held on to win their first FAI Intermediate Cup crown since 2014.

Manager Ken Bruton now has a winner's medal as a manager to go with the three he won as a player, and he paid tribute to their match winner.

"Marky is that little sprinkling of gold dust that we have. We have a technically very good team who like to play and are well structured, we're very very organised. I played with Marky 15 years ago and he's a better footballer now at 36 years young than he was then. The positions he takes up, even taking the shot early - the keeper never had a chance to plant his feet. That's what scored the goal."

O'Sullivan was his usual modest self when asked about the goal afterwards.

"I missed an easier one before that! For the goal, someone played the ball down the wing to me. I just controlled it, took on the player, and banged it in the bottom corner."

Captain Dave Kiely says it's an incredible achievement for the club.

"It's been a long time coming. We dug deep, our experience came through. If I were to describe it - relief! Pure joy, satisfaction. A bit emotional too, with our friends and family coming on to the pitch.

"They [Crumlin] feared Marky. they feared him from the very first minute. And we noticed that. You could sense it. They had a lot of possession, but we did defend well. We did some preparation during the week on how they were going to attack us, and they did it in the exact way we expected. We coped with it very well.

"We were written off a bit coming up here, I'm not sure of the prices heading into the game but there was a massive gap between us. I think this was the first game that Crumlin have lost this year over 90 minutes, and I suppose with our Munster Senior League form being patchy it probably attributed to that as well.

"That's our eighth Intermediate Cup win. We have boys here who know how to win big games. I told you last week I was confident, and you can see why after that."

For more reaction from the Avondale camp, listen to the Big Red Bench Podcast