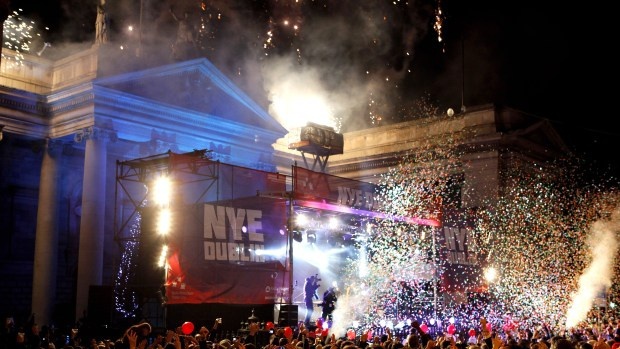 The gig will take place at Dublin's Custom House on Monday 31st of December and will be headlined by Gavin James with special guests Hudson Taylor, Wild Youth and Inhaler.

Gavin James' new album “Only Ticket Home” was released on October 26th.  It’s been just under 3 years since Dublin singer songwriter, Gavin James, released his debut album “Bitter Pill”. These past years have been non-stop for James with tours across the globe, including his own sold out headline arena tour to an audience of 15,000, as well as supporting Ed Sheeran and Sam Smith along the way.

Hudson Taylor are hot off their month long North American tour, where their thrilling Hozier supports and headline shows won legions of new fans, Alfie and Harry Hudson-Taylor are back in Ireland to play NYF Festival 2018.

Wild Youth have been storming the Spotify Viral Charts and held the number one spot for two weeks with their first single and are getting lots of radio play for their latest single Can't Move On.