Indiependence Music and Arts Festival have announced their first two huge headliners for next summer!

INDIE19 have announced two amazing live acts as headliners for next summer’s festival with BASTILLE and BIFFY CLYRO leading the way for what promises to be INDIE’s largest event to date. Bastille return to Deer Farm for the first time since 2013 when their global hit ‘Pompeii’ was racing up the charts around the world, while the crew at INDIE have been long-time fans of Biffy Clyro and are thrilled to have them make their bow next August Bank Holiday Weekend.

Bastille are currently riding high with what could be the biggest song on the planet at the moment (‘Happier’ with Marshmello) and Biffy Clyro are no strangers to festival Main Stages having recently headlined Reading and Leeds.

In 2019 INDIE will celebrate its tenth year at Deer Farm in Mitchelstown, Co Cork. One of Ireland’s festival success stories over the last decade, INDIE has grown over the years from its initial three thousand capacity at Deer Farm into a fully-fledged summer spectacular with up to 15,000 people expected in 2019.

Combining a superb mix of the best in upcoming and arena-selling Irish acts, international legends and trailblazers, over the years INDIE has seen some amazing performances across its many stages including Public Enemy, Manic Street Preachers, Hozier, Walking on Cars, Basement Jaxx, Bastille, Kodaline, Picture This, De La Soul, Editors, The Coronas, The Dandy Warhols and 2018 headliners Primal Scream. 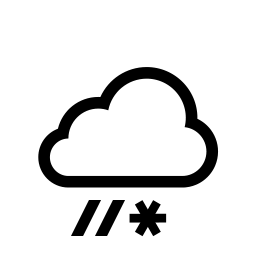