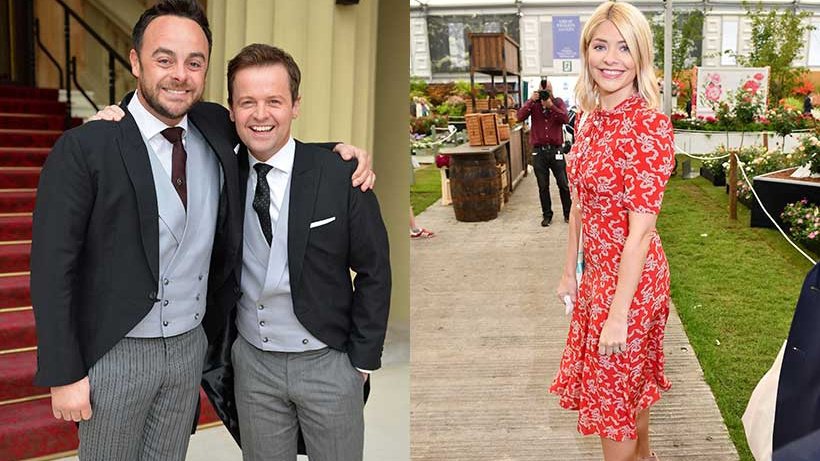 Ant McPartlin confirmed he'll be taking a break from I'm A Celebrity Get Me Out Of Here this year.

The TV host is taking his time returning to the spotlight following a rehab stint for addiction to pain medication and alcohol plus a car crash which resulted in a driving ban and an £86,000 fine.

Declan Donnelly hosted the remaining episodes of Saturday Night Takeaway alone as well as Britain's Got Talent live shows following the incident, however TV bosses want a co-host for Donnelly for the upcoming series of I'm A Celebrity Get Me Out Of Here.

Rumours had been circulating about who would fill in for Ant, with names such as Caroline Flack, Davina McCall and Stephen Mulhern in the mix before ITV ruled them all out. Scarlett Moffat, who previousy won the show, was also thought to be taking over for McPartlin before being confirmed as a host on the spin-off show.

It is now thought that This Morning host Holly Willoughby will be joining Dec at the helm for the celebrity reality show in Australia.

A source said "Holly is far and away the front-runner and talks are at an advanced stage.

"Not only is show loved by ITV bosses and the nation, but she is also one of Ant's closest friends.

"Flying the flag for him in his absence means the world to her."

The first episode of the 2017 series of the show was ITV's most watched programme of the year with 11.2 million viewers tuning in to see Ant & Dec reunited for the first time since McPartlin's first rehab stint.

Crowded House - Weather With You