Nursing home visits could return according to the CMO 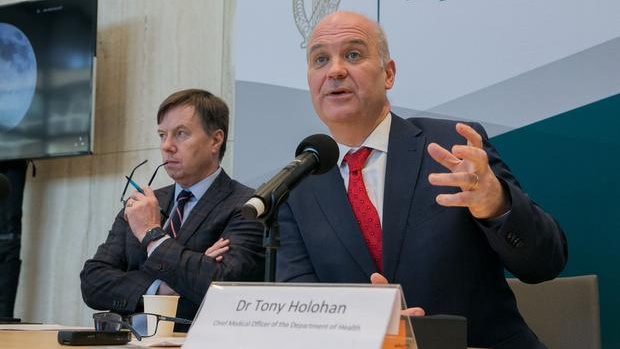 Visits to nursing homes may return sooner than planned.

The National Public Health Emergency Team says its aware of the impact the ban on visits is having on residents' mental health.

Outdoor visits while maintaining social distancing is one of the options being considered.

Currently visitors are not scheduled to return until phase three.

Chief medical officer Tony Holohan says they're trying to be 'creative' with this issue.

"These are people who are at an advanced stage of life, and they;'re being cut off from their families for an extended period of time, and then the challenge that has in maintaining not just their mental health but their physical health and mobility.

"The has a challenge in terms of their ongoing frailty and the pace at which that happens, so we're concerned about that."

When asked about possible failings in the approach taken to nursing home settings, Dr Holohan said they had learnt a lot since the outbreak began.

"We believed from the early days of January and reports coming out of China all the way through February and well into March that symptomatic illness was an important part of transmission of this infection.